Aegean cuisine is a very important part of Turkish food culture. It has a heritage of thousands of years. Because every civilization that survives on the Aegean lands has met with delicious Aegean cuisine and left a mark on this accumulation. The Romans were said to be barbarians before they knew the ancient Aegean dishes. Thanks to this cuisine, they met sweet sauces, honey, vinegar, fish sauce, sweet wines, and many herbs, including cumin, coriander, and thyme, meat, and fish; It has become indispensable for the tables.

Olive Oil in the Leading Role of Aegean Cuisine

Olive oil, which forms the basis of Aegean cuisine. The history goes back eight thousand years in such richness. It has been used in the kitchen for approximately 2,500 years. As the greatest evidence of this long history; the ancient olive oil workshops are located on the northern coast of today’s Urla-Çeşme peninsula. Cooking rice and meat dishes, especially vegetable dishes, with olive oil has also been effective in making the Aegean cuisine healthy and light. Olive takes its place in the kitchen as the crown of breakfast tables. Consuming olive oil flavored with aromatic herbs such as thyme, rosemary, and mint for breakfast is also a very common diet.

One of the most distinctive features of the Aegean cuisine, after olive and olive oil; Şevket-i bostan, asparagus, tangle, watercress, hibiscus, sirken, zahter, and currant. There are more than 800 endemic plant species and around 50 types of herb food. It distinguishes itself from other cuisines with this richness. Vegetables such as cowpea, eggplant, leek are also used more than other regional cuisines. In addition, these vegetable dishes can also be made with meat; but olive oil is still used in any case. Here are these three foods; olive, olive oil, and herb dishes are effective in calling the cuisine “green cuisine”. On the other hand, appetizers can be prepared with yoghurt or olive oil. They are very light and delicious dishes. If herbs cooked with lemon and olive oil, can also be served as the main course. 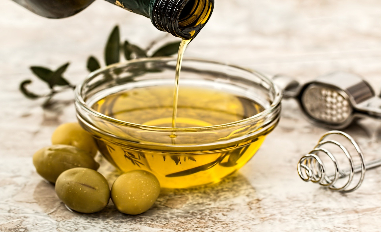 Importance of Seafood in the Aegean Cuisine

Another feature of this cuisine is that fish and seafood. These include sea bass, sea bream, octopus, squid, and more. It is among the main flavors of the cuisine made with seafood, especially in the North Aegean region. On the other hand, salty and sweet pastries, dairy products, grape production, and winemaking are the most striking elements of the cuisine. Olive oil, dairy products, and wine play a role in gastronomic tourism.

In Aegean cuisine, milk desserts such as kazandibi, chicken breast, and mastic pudding are generally consumed as dessert. However, there are desserts made from vegetables and fruits such as fig dessert and pumpkin dessert. In addition, the consumption of desserts made by pouring jam on curd cheese is quite common for breakfast. Another interesting dessert of the Aegean cuisine is the refreshing dessert called “Snow Halva”. It is prepared by collecting the snow from winter and stored in wells in summer and pouring various syrups on it.

Aegean cuisine is introduced with some thematic tours. These thematic tours include cheese production in the dairy; pine nut and grape picking; witnessing olive pressing; olive oil tasting activities; local cuisine practices; strolling in nature to collect fresh spices and shopping at local markets. While these tours offer a unique culinary experience to the participants in a gastronomic sense; Various festivals organized are other activities promoting Aegean cuisine. The “Best Grape Competition” held in the district of Karaburun; the “Vineyard Grape Festival” held in the district of Urla; and the “Alaçatı Herb Festival” held in the district of Çeşme are prominent festivals. Participants picking grapes in vintage festivals or promoting local herbs in herbs festivals, cooking and tasting dishes specific to the cuisine from these materials are effective in increasing the awareness of the Aegean cuisine.

Known for all these features, Aegean cuisine has differences between its areas. There is a more Mediterranean type of nutrition culture in the coastal areas; it is seen that this type of nutrition is abandoned as we go to the inner parts. Mediterranean type of diet has more typical Aegean cuisine characteristics, while wheat-cereal products, dairy products, and pastries in the inner parts; forms the basis of nutrition. In addition, it is worth mentioning that the use of “tallow” rather than olive oil draws attention while meat dishes are made more heavily.

Some of the Dishes You Should Try

Wanna try some dishes? How about checking our tour packages? 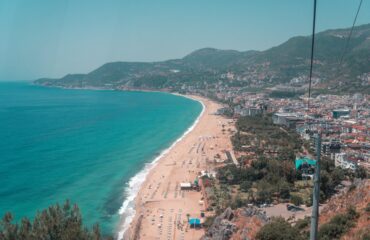