There is no exact information about when the Maiden’s Tower was built. But it is seen in some sources that the process went down to 341 BC.

According to a legend; on a stormy night, Leondros saw the light burning in the tower. He thought that his beloved Hero is calling him and jumps into the sea. However, this time it was not Hero. It was someone else who realized that the lovers meet secretly every night. After that, the lights have been turned off. Leondros drowns in the waves of the Bosphorus. Hero ends his life by jumping from the tower. Because she can not bear this pain. At the end of the legend, a lighthouse is built in the name of the lovers at the place where the tower is.

According to another story; The old name of the Maiden’s Tower was Damalis.  The name Damalis is the name of the wife of Kharis, the king of Athens at the time. When Damalis died, he was buried on these beaches. After this, his wife’s name was given to the tower. In addition, the Tower was called Arcla, which means “small castle” in Byzantine times.

This unique building has a history of almost 2500 years. It has a history equal to the history of Istanbul. It is a witness to what this city goes through. With its history beginning in ancient times, it has survived to the present day in all historical periods; from Ancient Greece to the Byzantine Empire, from Byzantium to the Ottoman Empire.

It was rebuilt as masonry in 1725 by the city’s chief architect. The upper part of the tower is changed and a glass pavilion is added to the upper side and a lead-covered dome is added on top of it. Famous calligrapher Rakım Efendi placed an inscription bearing the signature of Sultan Mahmut II on the marble above the tower door. In 1857, a lantern is added to the Tower again. In 1920, the lantern’s lamp acquires an automatic light system.

Maiden’s tower has been used for many different purposes such as tax collection from ships, a radio station, a lighthouse, a quarantine hospital during the cholera epidemic in 1830.

The restoration process of the Maiden’s Tower begins in 1995. This special place, which has a mysterious history of thousands of years; opens its doors to visitors in 2000 after the restoration work completed. The Maiden’s Tower, which serves local and foreign visitors as a cafe-restaurant during the day and a private restaurant in the evenings, also hosts many special events and organizations such as weddings, meetings, launches, business dinners.

You can learn more stories about the city. Find tours to Istanbul. 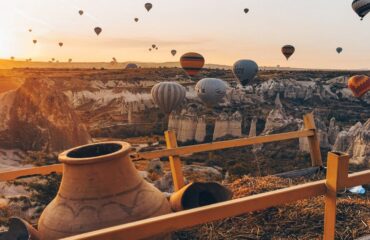