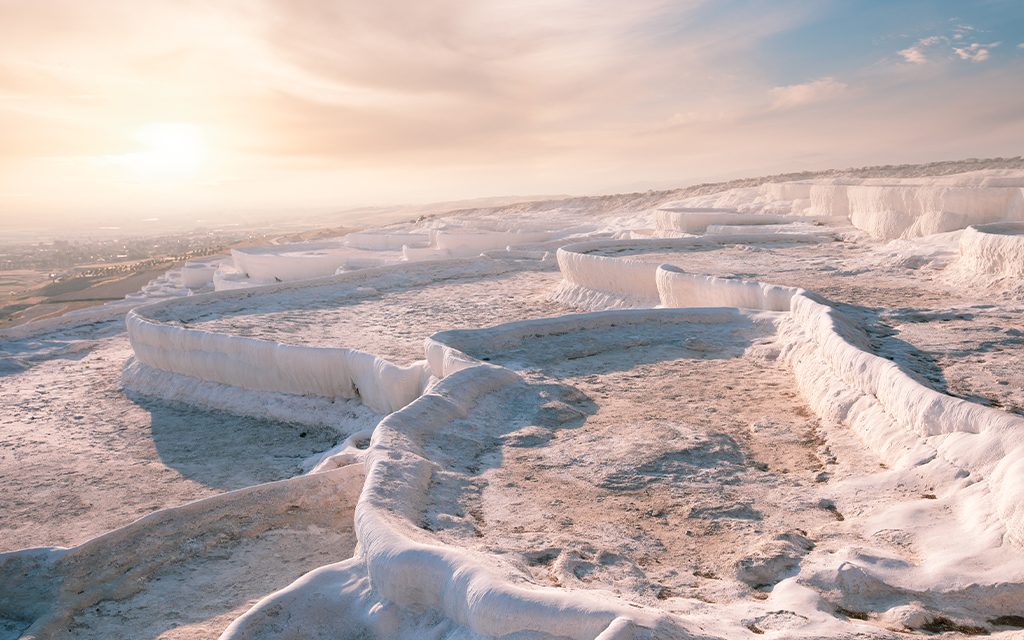 HOTEL TO BE USED

9 Nights Hotel accommodation
Meals as per itinerary,
Entrance fees to the museums and historical places,
English speaking professional guidance throughout the journey.
All parking fees and highway tolls,
Basic tip to the hotels and restaurants,
Local taxes and current VAT included in to the quotation.

This Package Does not Include:

Personal expenses such as mini bar at the hotels & soft and alcoholic drinks,
Any domestic/international flight fare and airport portage,
Tips to the local guide and driver (Suggested tipping: 3 US$/pp per day to guide, 2 US$/pp per day to driver).

Arrival Istanbul and meet and assist at the airport. Transfer to your hotel and overnight.

After breakfast full day city tour of Istanbul visiting; Hippodrome : The former center of sportive and political activities of Constantinople. During the visit you'll be able to see the Obelisk from Egypt, Serpentine column from Delphi, and fountain of Willhelm II. Blue Mosque: One of the largest mosques in Istanbul dating from the 17th century it is one of the principal adornments of the skyline of Istanbul. Also famous for its blue tiles and 6 minarets. St. Sophia: The magnificent Byzantine Church; one of the finest architectural works in the world. It has been nominated as the 8th wonder of the world by many historians. Topkapı Palace: The former imperial residence from where the Great Ottoman Empire was ruled. Today a spectacular museum that has one of the largest collections of Chinese and Japanese porcelain. Grand Bazaar: In addition to its historical importance, it's a bazaar that will tempt even the nonshoppers with its rich collection of precious handmade carpets, jewellery, leather and souvenirs. Lunch at typical Turkish Restaurant included. Also visioned during the tour: GALATA TOWER, GOLDEN HORN, LEANDER’S TOWER

After a short visit to the famous Egyptian Spice Bazaar and an unforgettable excursion starts between two continents, Europe and Asia. The cruise takes you along the Bosphorus, past the European style palaces of the Ottomans, Dolmabahce and Beylerbeyi, as well as beautiful wooden kiosks from 19th century. After the tour, transfer to the airport for your flight to Izmir. Arrive in Izmir and then transfer to your hotel in Kusadasi. Dinner and overnight.

Leave for EPHESUS, the veritable cradle of early Christianity. Visit the SHRINE OF THE VIRGIN MARY where she supposedly spent her later days. Proceed to Ephesus and see the spectacular ruins from the period of St. Paul, some of which have only recently been excavated. See the ODEON, the BOULETERION, FOUNTAINS, the TEMPLES, the BROTHEL, the LIBRARY, the AGORAS, the GREAT THEATRE, THEROMAN BATHS, the GYMNASIUMS. After lunch visit the ARCHAEOLOGICAL MUSEUM, the TEMPLE OF ARTEMIS (one of the Seven Wonders of the ancient world).

After breakfast drive to Pamukkale (the cotton castle) one of the most spenctacular sites. See the wonderful formations of the travertine’s and watch the cataracts falling into basins at the bottom of the mountain. Walk around the ancient city HIERAPOLIS, the MONUMENT and THERMAL BATHS. See the architectural genius of the THEATRE, the magnificently well preserved NECROPOLIS and the world wide famous “DEVIL’S HOLE”. Year-round swimming possibility in the natural hot spring pool. Overnight and dinner in Pamukkale.

After breakfast visit PERGE antique site; Stadium, Roman Gate, Nymphaeum, Roman Bath, Hellenistic Gate, Colonnaded Main Street and the Agora. Lunch on the Köprüpazarı Stream near Aspendos Theater. Visit to ASPENDOS THEATER and the Historical Aqueducts. Introduction of Side and 1.5 hours of free time. Evening return back to hotels. Dinner and overnight

After breakfast transfer to the Antalya Airport for your transfer flight to Nevşehir or Kayseri Airports. Arrive Kayseri or Nevşehir, and then transfer to your hotel for ovenight and dinner.

Optional balloon tour.
Morning visit the Devrent Valley to see the unique fairy-chimneys. Drive to Pasabagi (Monk's Valley) to see the most interesting mushroom-shaped pinnacles. In the afternoon visit Open Air Museum in Goreme where the remains of rock-cut churches and Christian settlements date back hundreds of years. Overnight in Cappadocia.

Depart from the hotel and a tour with hike through the Rose Valley with visits to the churches. Afterwards visit to the old Christian village of Cavusin. Stop for lunch near Pigeons Valley and then continue on to see the Kaymakli Underground City. You will also visit the Ortahisar natural rock castle. After the tour, transfer to the airport for your departure flight.