Istanbul has been a unique city throughout history with its seven hills, the sea passing through it, and the Golden Horn, which is a natural harbor. The history of Istanbul is very old and rich. 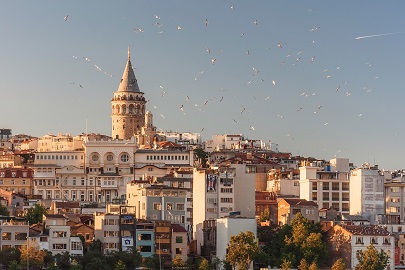 The history of İstanbul has a legend for its beginning. Byzas wants to establish a new city after leaving Megara, Greece. He consults the Delphi Oracle about the location. The oracle says that he will establish his city “across the Land of the Blind”. While Byzas was wandering around confused, he looked at today’s Khalkedon (Kadıköy) from today’s Sarayburnu, and said, “Why did these blind people build their city on that barren place except this beautiful place?”. After that, he remembered the words of the Delphi Oracle and established his city.

The name Istanbul was not given by the Ottomans. It is older. It is mentioned as a personal name in the book that called Fütuh’üş-Şam in the 9th century. Istanbul, the son of Greek Meliki Timaoş, worked for the construction of the city during his four-year reign. But Constantine, who replaces the city, completes it and puts his name on it. Istanbul has been called by dozens of names such as Byzantion, Constantinople, Constantiniyye, Asitane, Darülhilafe, Dersaadet for thousands of years.

Byzantine Empire period was between the years 324 – 1453. Istanbul became the center of the east of Rome in this period with a new architectural structure. The city has expanded and developed in all respects. A hippodrome (Sultanahmet Square) with a capacity of 100,000 people, ports, and water facilities were built. When Hagia Sophia has been built, in 360; Constantine changed the religion of the Roman Empire to Christianity. The plague epidemic in 543 was because of the death of half of the population. Emperor Justinian I re-establishes the city. Istanbul, which was attacked many times, was looted and wrecked in the 4th Crusade in 1204. Byzantium, which gradually shrank after this period; was besieged by the Ottoman Empire after 1391.

The legendary conquest happened on May 29, 1453. This date is also the end of the Middle Age. Istanbul developed so fast during the Ottoman period. Hundreds of palaces, bazaars, mosques, 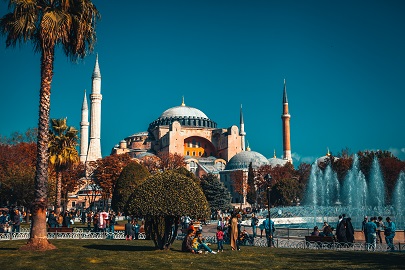 schools, and baths were built. Istanbul became one of the largest cities in the world in 50 years, where Jews, Christians, and Muslims live in peace.

It has become a modern city with many innovations such as a bridge over the Golden Horn, a tunnel to Karaköy, railways, maritime transport within the city, the establishment of municipal organizations and hospitals. It is occupied by the allies in 1918.

The Republican era of the history of Istanbul’s 2500-year capital period, together with the Republic, ends on October 29, 1923. However, from this date on, it will take firm steps towards becoming the most populous, economically, and culturally active city in the world.

Taking its share from Turkey’s modernization adventure with its young population, Istanbul has become a city that has been integrated into the world in many areas today. When it comes to a qualified workforce, culture, and entertainment tourism, the first thing that comes to mind is the metropolis.

Today, Istanbul has a total of 39 districts. 25 of these districts are on the European side and 14 are on the Anatolian side. With a population of 15 million people, it is one of the largest metropolises in the world in terms of economy and population.