Apart from the bridges connecting the Bosphorus, there are countless bridges in Istanbul that are famous and have their own splendor. There are other bridges with beautiful views that are as powerful as the beauty of the incredible scenery that the Bosphorus bridges provide over the Bosphorus. These bridges of Istanbul, which have managed to stand throughout history with their rich history and high cultural values, await their guests. These precious bridges of Istanbul have become a representative of its image today.

The name of this fascinating bridge, which was opened as the Bosphorus Bridge, was changed on 15 July 2016 in memory of the martyrs who lost their lives in the failed coup attempt. This bridge, whose construction was completed in 1973, is the first bridge connecting Europe and Asia. This huge structure, which allows more than 180 thousand vehicles to pass daily, was the bridge with the longest suspension distribution outside the USA at the time of its construction. On December 29, 1997, the 1 billionth vehicle completed its passage over the bridge. The most famous event of this bridge, which hosts more than one event every year, is the Eurasian Marathon. It is one of the most known bridges in Istanbul. 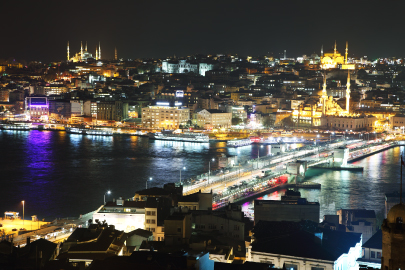 Galata Bridge, which is known by the old name of Karaköy district, is one of the most valuable bridges of Istanbul stretching over the Golden Horn. This bridge, which has been rebuilt 5 times in total, continues to exist today with a history dating back to the 16th century. The construction of the bridge over the Golden Horn, ordered by Beyazıt the Second and presented to Leonardo Da Vinci to build, was delayed until the 19th century as the Sultan rejected the project. This bridge, which was destroyed and rebuilt more than once during the Ottoman period, gained its present shape in 1994 with the efforts of the Republic of Turkey. It is used by countless people every day. It is one of the beautiful bridges in Istanbul that should be visited for its restaurants, markets, and scene.

Throughout history, four separate bridges have been built connecting Unkapanı and Azapkapı at the location of Atatürk Bridge. The “Hayratiye Bridge”, built in 1836 by the orders of the Ottoman Sultan Mahmut the Second, has attracted the attention of many people with its size and architecture. Restoration and reconstruction works were carried out between 1936 and 1940, and this bridge’s name changed after Mustafa Kemal Atatürk.

Designed and built by the famous Ottoman architect Mimar Sinan in 1567, this stone bridge is one of the most valuable bridges in Istanbul. It is visited by countless guests every day with its magnificent architectural and historical value. The main reason for the construction of this bridge was that Ottoman soldiers had to pass quickly over a large body of water. In response to this need, Mimar Sinan built the bridge on the orders of Suleiman the Magnificent. 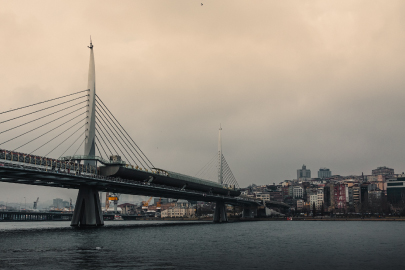 This bridge, which was built with the cooperation of German and Japanese companies, was completed between 1971 and 1974. This bridge, which carries the daily traffic load and crosses the E-5 road, is of great importance for Istanbul. The bridge is close to the Golden Horn connects Ayvansaray and Halıcıoğlu.

This bridge, which is the second bridge of the Bosphorus, bears the name of Fatih Sultan Mehmet, who conquered Istanbul. Completed in 1988, this bridge was built to alleviate the density of the Bosphorus Bridge. The bridge, which has 8 different lanes that vehicles can pass through, is used by more than 150 thousand vehicles on a daily basis. 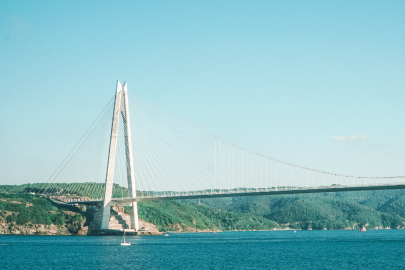 This bridge, which passes through a point far from the center of Istanbul, became the third bridge of the Bosphorus. The bridge has been opened for use since August 23, 2016, and mostly used by commercial vehicles, reduces the traffic that other Bosphorus bridges have.

To read about another blog about Istanbul, click here.